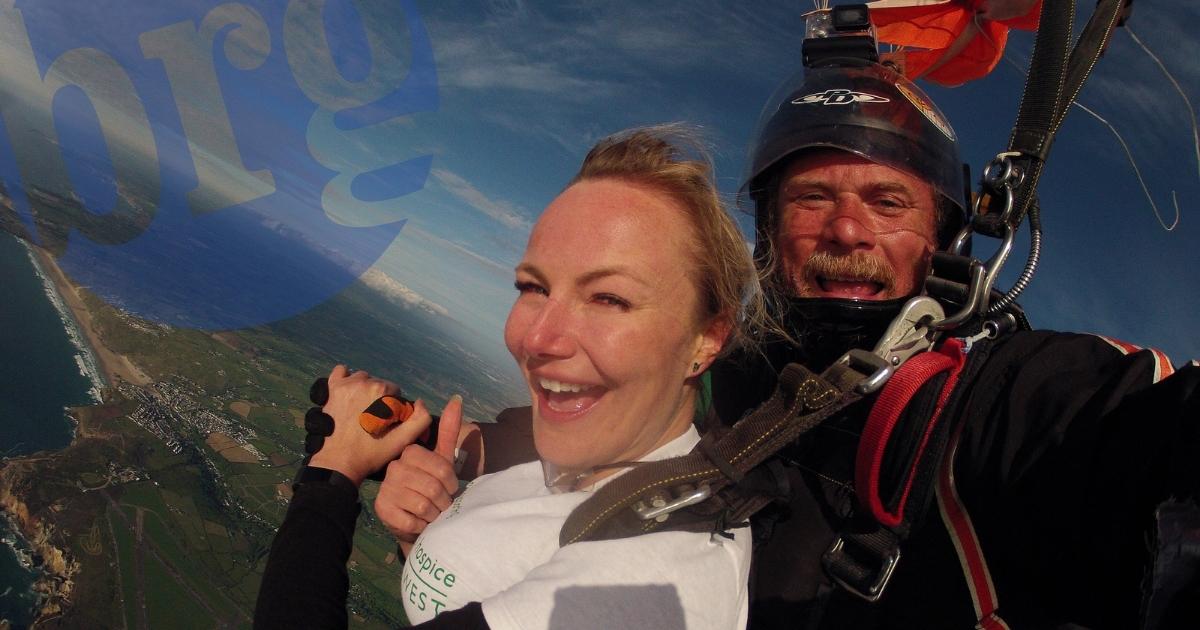 A recruitment manager from Cornwall leapt from an aeroplane at 10,000 feet – even though she is terrified of heights.

Katy Thomas, who manages Berry Recruitment’s branch in Truro, said she has never been so scared in her life.

She decided to do a parachute jump to raise money for Children’s Hospice South West, which runs three homes in the region.

Having strapped herself to an instructor and jumped from the plane she fell a mile in 30 seconds before the canopy opened.

Katy said: “One of my clients had done a sponsored cycle ride for the charity and I thought I ought to do something for such a good cause.

“Although I am terrified of heights I decided to do a parachute jump because it would be the best way of raising money.

“People kept donating and it didn’t really seem real until I arrived at the air strip in Perranporth.

“As we took off the plane door was open and I was perched on the edge. I couldn’t back out because I was strapped to the instructor.

“When we jumped we fell 5,000 feet in 30 seconds. After the parachute opened I relaxed a bit and was able to see the whole of the coast until we landed safely.

“It was exhilarating and I’d definitely do it again.”

Katy has so far raised well over £1,000 and it is still possible to donate through a Just Giving page – search ‘Katy’s Tandem Skydive’.

Children’s Hospice South West has been caring for children with life-threatening conditions for more than 30 years.

It cares for children and young people aged 0-21 who have a life-limiting or life-threatening condition and are not expected to survive into adulthood. It also supports their families. 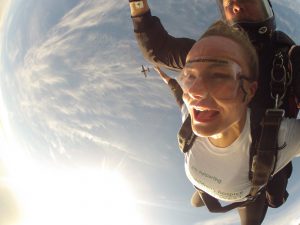