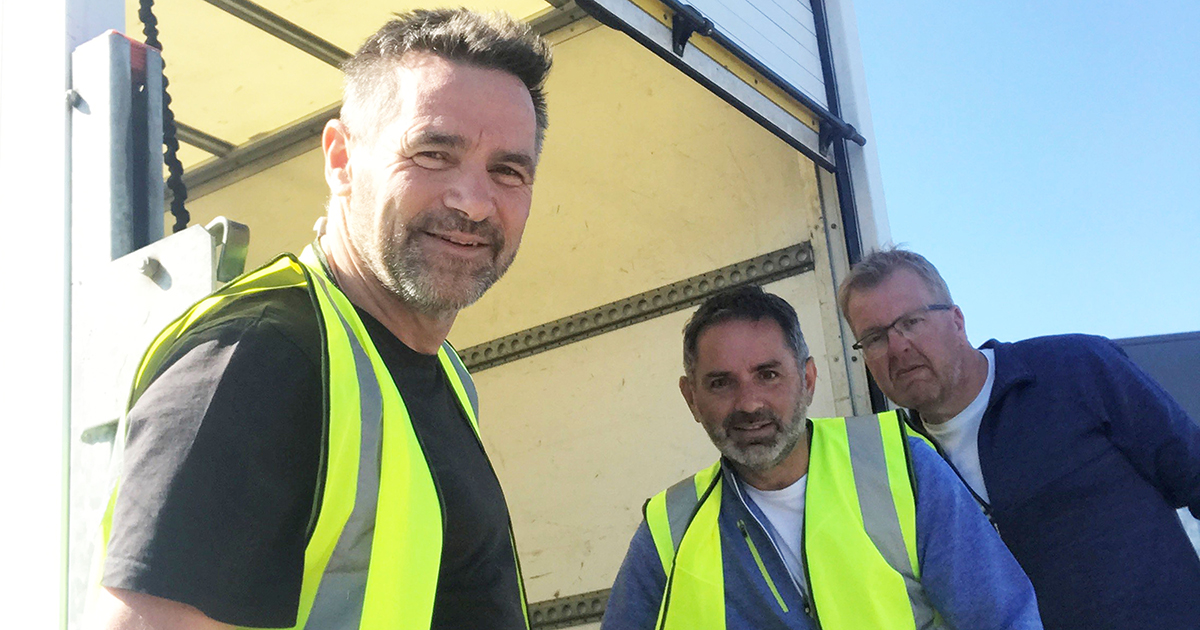 A kind-hearted recruitment manager from Harlow who set out to deliver aid to Ukraine’s refugees had an adventure he never expected after his van’s engine died in Poland.

Patrick Casey, who works for Berry Recruitment, along with friends Tony Hayward and Cliff Green, were so moved by the plight of the war’s victims that they decided to help.

They put plans in place to deliver a cargo to Wroclaw in Poland from where volunteers would distribute it.

Patrick’s wife Alison who works at The Leventhorpe School in Sawbridgeworth made an appeal for aid which was donated in large amounts.

The trio also picked up more items from the Ocean Art Centre collected by locals in Warsash in Hampshire, near to where they all grew up.

Cliff’s father Roy of Harford Controls gave them the use of a Luton van for the trip and Berry Recruitment along with friends’ donations paid for the Channel crossing and the fuel.

Patrick said: “Watching the news about the number of refugees displaced without any possessions really motivated us to help.

“And throughout the trip everyone was generous and enabled us to get to and back from Poland. Just.

“We set out on a Sunday to Folkestone and met at the Old Drum Inn which had given us free parking for our cars as well as a box of nappies.

“When we emerged at the French side of the Euro tunnel we had nearly 2,000km to do and we drove non-stop through France, Belgium, The Netherlands, Germany and into Poland.

“But an hour inside Poland a warning light started flashing and the engine completely died. This could have spelled disaster but Roy who had loaned us the van made sure we had breakdown cover.

“The AA towed us to a garage but the engine needed replacing – we faced being stranded.

“However, when the garage heard we were on a mercy mission they gave us a Transit van so we could continue.

“Then we finished the journey and made it to Wroclaw and unloaded our cargo at the centre that helps mothers and children particularly.

“They were especially thankful for nappies, baby milk and the other child-centred aid we had taken.

“With our van being out of action we were put up in a hotel by the AA which was welcome because we’d been awake for 40 hours. The next day we were flown home to Stansted – our van followed on the back of a lorry.

“The trip could have been a disaster but because of the mission everyone got behind us and enabled it to happen and we’re extremely grateful to them all.”

Others who enabled the journey to succeed were Nathan Marsh of Karate Leadership UK, The Polish White Eagle Club, Balham, Paul Fullick of Ukraine Sunflower Aid, Morgan Cargo, the volunteers in Poland at www.wroclawpomaga.pl as well as numerous individuals. 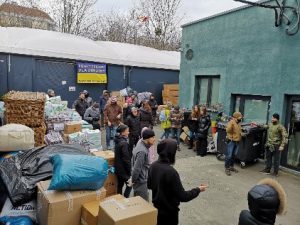 Volunteers at the aid distribution centre in Poland.